FULLY EQUIPPED WITH STATE OF THE ART TECHNOLOGY AND EQUIPMENTS

The state-of- the-art, highly equipped technology Studio of Four Frames is situated at the heart of the city of Chennai. All the equipments in the studio are highly sophisticated and imported. Four Frames Sound Company commenced in the year 1997 as a Sound Recording Studio for Feature Films and Television programs alone. In the year 1998, Four Frames became a certified Dolby sound mixing studio working mainly on Feature Films. Four Frames started its operations in the Entertainment Industry in the year 2005. The studio used to mix films in 2 formats namely Dolby Digital and DTS. 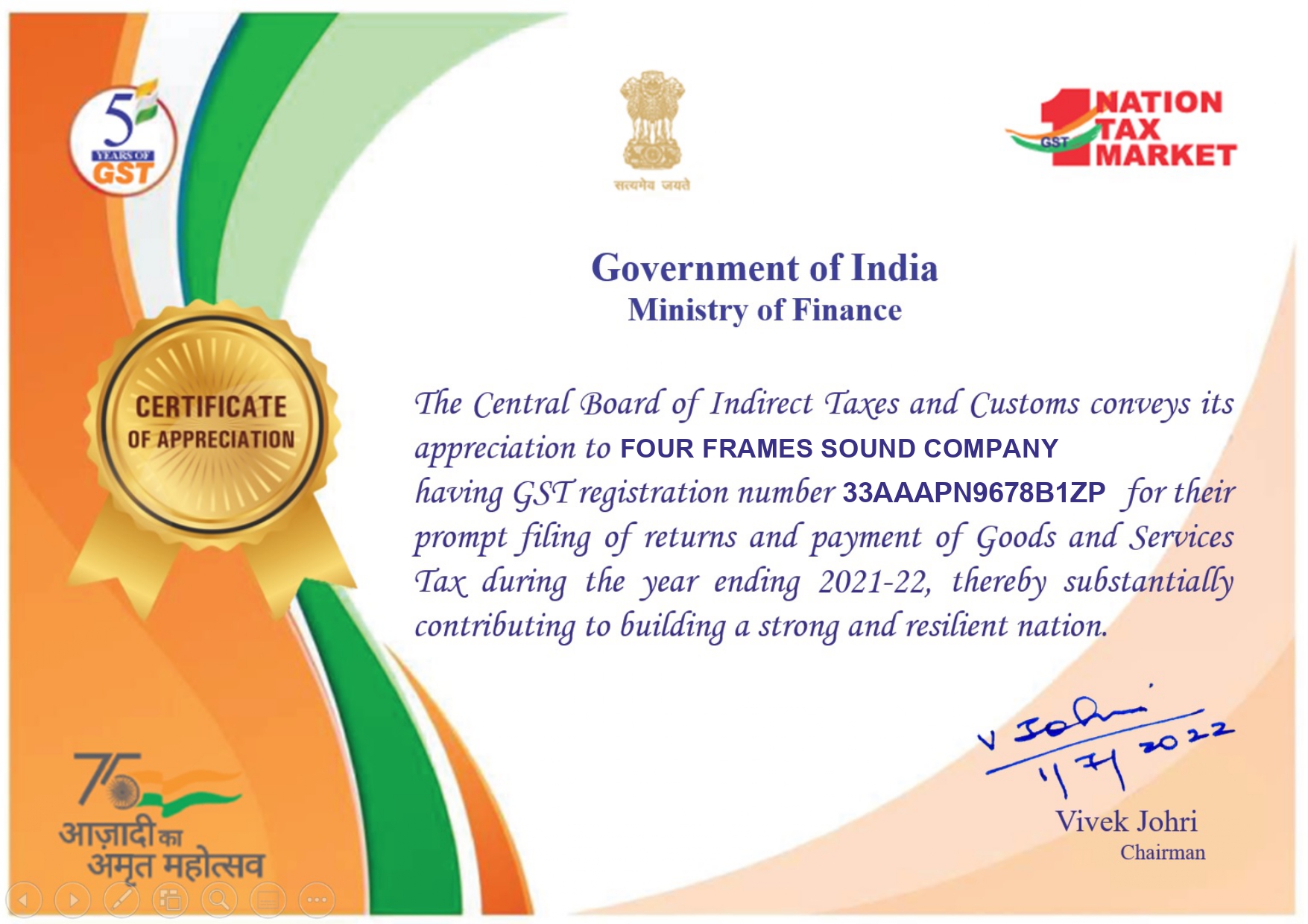